MY RELATIONSHIP WITH ONE JEHOVAH’S WITNESS 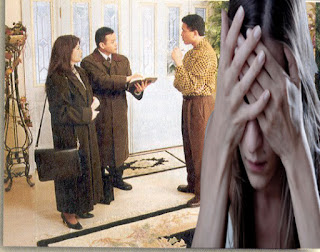 Postscript: At the end of the article there are explanations for some expressions of Elpida, because Elpida uses the phraseology of Jehovah's Witnesses, which is unknown to the general public.
-------------------
Note: The Greek word Elpida, in English is translated as Hope.

Follows the “deposit soul”  of Elpida