THE ANCIENT TRANSLATIONS OF THE NEW TESTAMENT 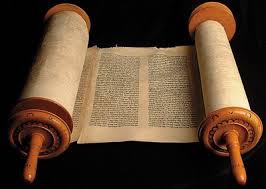 he New Testament contains texts of the Agreement that Christ did with all people, for their exemption from evil and death. This collection of texts became with the passage of time a closed list of 27 books that in the theological language is called "norm". And these 27 books of the New Testament were written in the "international" language of that era, which was no other than the ancient Greek. Only a collection of words of Christ, known as "Words", which formed the original core of Matthew's Gospel, written originally in Aramaic - a dialect of Syrian language - as we are informed by the tradition of our Church and in particular from Papias , bishop of Hierapolis...


But then were translated in Greek and incorporated in the Gospel of Matthew: “On Matthew tells them: while although then Matthew drew up words in the Hebrew dialect, they interpreted him as anyone could be”, Eusebius, Ecclesiastical History III 39, 16. Indeed, the modern Greeks feel shocked when they think that God chose as “utensil” of enunciation of speech, his Greek language, evolution of which is the Greek language who speaks today. But this must not see racist and elitist, for the simple reason that - instead he was born in - could have been born in another country.
Of course, at this point it is worth asking. For which one Greek language we talk?  For the classical Attic language? Of course not, but for the normal evolution, i.e. the “common” Hellenistic language, which was spread by Alexander the Great and his successors to the ends of the “universe” and result of which - as we said - is the new Greek language.
The “common” Hellenistic language is divided into “upper common”, which characterized by the effort to emulate the classical Attic language and the “lowest common”, which is the language of the people, the language we find in the inscriptions and papyri, containing private papers and letters. At the upper common language write their works writers - in those years – like Polybius, Lucian and Plutarch as well as the Jewish writers the “significant” Philon and the sole Jewish historian Josephus. Contrary, the priests-writers of the New Testament write their works not in archaic language of philologists and philosophers, but in the language that the people could understand, somehow the “popular” language of that time.
From very early on, the New Testament was translated from the Greek language into other languages ​​known then, so that the word of God spread “throughout the earth”. For the history of the New Testament text, the examination of ancient translations has a great importance today, because the first of them date back to the 2nd AD century, i.e. are oldest of the known major Greek codes of the New Testament. We will deal with the most important ancient translations.

The first Latin translations, for which we do not know exactly when they were made, commonly called itala from a extract of the holy Augustine or vetus . The scholars of these ancient translations speak of at least for three forms of them: the African, the “European” and the Spanish. Indeed, in the monastery of the Benedictine in Beuron of Germany began in 1949 - based on all the collected manuscripts and patristic citations - a modern version of vetus . The surviving manuscripts to date, containing the old Latin translations are marked with small letters of the Latin alphabet.
In the 4th AD century the pope Damassos (366-384 AD) commissioned to Hieronymus a large and important project: producing a single Latin translation of the Bible. This was deemed necessary because it created to confusion among believers because were circulating many translations, which instead was full by many contradictions between them. Hieronymus undertook to carry through this enormous and simultaneously difficult task. As we are informed himself, in a letter which it sent to Pope Damassos, and which was inserted in version of translation of the gospels in the year 384 AD, as a basis for translation he set a Latin text, which he corrected based on most ancient Greek manuscripts.
In 405 AD he finished the translation of the Old and New Testament, but nevertheless only in the 8th AD century prevailed his translation, which is now known under the name Vulgata, which means “common edition”. This happened because the translation, he met much opposition and antipathy from rivals of Hieronymus, but also by those who they used and were adherent to old Latin translation, based on “the translation of Septuagint (O’)”. But and this translation it was meant to accept corrections by various theologians of the 11th and 13th AD century. The year 1590 AD, Pope Sixtus the 5th has made an official publication of so-called Sixtina, which - after a while and specifically in 1592 AD - was replaced by the Clementina, which was issued by Clement the 3rd, which also was corrected to next editions. The third edition of this translation, in 1598, is currently the official Bible of the Roman Catholic Church, which was recognized by the Council of Trent in the 16th AD century.
The oldest manuscript of the Vulgata, the code Sangallensis dates back to 5th AD Century, the most important and most complete manuscript of the Bible, the code Amiatinus is of the 8th AD century. Gregory had counted in 1909 approximately 2500 manuscripts of the Vulgata. Pope Pius the 10th commissioned to the Order of Benedictine monks in 1907, the critical edition of the text of the Vulgata. Until today the monastery of S. Girolamo in has published 11 volumes of books of the Old Testament, until the book “Song of Solomon”.

During the second half of the 2nd AD century, Tatian the Syrian proceeded in​​ the synthesis (composition) or harmony of the four Gospels into one, so-called “by the four” from Eusebius, who is the “father” of the Ecclesiastical History: “The first chief of them, Tatian, I do not know how, made as an art lover, a composition and a synagogue of gospels, which he named «Gospel by four», which is brought to some hitherto yet”, Ecclesiastical History IV 29, 6. But this treatise of Tatian unfortunately was lost, and we know some things about it from indirect information, such as from the memorandum in this of Ephraim the Syrian, which has been rescued partly in the Syriac and whole in the Armenian translation. One explanation for the loss of the “by four” gives Theodoret Kyrou, who in his work “Heretic bad myths Compendium” 1.20, writes the following: «He (Tatian the Syrian) and his Gospel called “by four” that he composed, and the Genealogy has slashed, and many others prove that from the semen of David according to the flesh was born the Lord. They had used it, not only those who belong in the gang of him, but and in the subsequent apostolic doctrines, not being aware for the agreement of malefactors, but to make it simpler and short the book. Once I found more than two hundred such books in our churches and since I collected all, I destroyed all this and instead it, I introduced the four Gospels of the four evangelists».
At the end of the 2nd AD century must be placed and the translation of the four individual Gospels. This translation commonly is called “the gospel of separated”, in contrast to the “gospel of mixed” of Tatian. Also is called vetus Syra.  Are rescued two versions of this text, the Syrian Curetonius, by Cureton, who found the manuscript of the 5th AD century and the Syriac Sinaiticus, a manuscript of the 4th or 5th AD century which was found in the monastery of St. Catherine of Sinai by the brothers Lewis and Gibson.
From the 5th AD century began to prevail, the single Syriac translation, which from the 10th AD century and after was named “Pesic” (means, simple translation), that probably harking back in Ravvoula (+436) bishop of . Course it is not a new translation, but a revision of the older translations, which were still being used.
In 508 AD took place a revision of Pesic, with additional translation of four small Catholic Letters that were missing from this, namely the 2nd of Peter, 2nd and 3rd of John and of Jude, as well as the much discussed Revelation of John. This new translation were called "Filoxenius" by Philoxenus, bishop of Hierapolis - a city that was lying on the river Euphrates - who commissioned the project of revising in the spatio-bishop Polycarp. However and this was revised in 616 AD in by Thomas bishop of and so was derived the so-called “Heraklian” translation. Also, in Syrian translations also include the “Syro – Palestinian”.
Apart from these translations should be mentioned and the Egyptian or Coptic (Sahidic, Vochairic, Fagioumic, Achimic), Arabic, Armenian, the Gothic, the Ethiopian, Georgian and Slavonic. Today the New Testament has been translated into more than 1600 languages ​​and dialects and continues to be translated yet. The missionaries of all Christian confessions carry - through such translations and of their preaching - the message of the Gospel “to the ends of the Ecumene”.