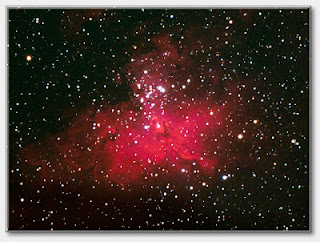 Even Vassilios the Great stressed this out as early as in the 4th century A.D. In his book “Six-day’, in which he comments on the first book of the Holy Bible, “Genesis”, that deals with the creation of the world and man, he writes: “Our admiration for God’s works cannot be diminished by the revelation of the way with which one of these exquisite works has been achieved.”

Besides, we should not forget that the subject of science is totally different from that of religion. Science is looking for answers to the question of How the universe was created, whereas religion delves into the deeper questions of Who created the universe and Why it was created.

IS THERE A CONFLICT BETWEEN SCIENCE AND RELIGION?

Certainly there existed a type of conflict between science and religion which lasted for centuries, and that was due to the fact that individuals from both sides invaded one another’s domain. That is to say, certain so-called “scientists” believed that with their discoveries they would be able to prove the non-existence of God. On the other hand some “devoted Christians?” denied and prevented the progress of science because they were afraid that this progress would result in the “annihilation” of God. The latter, though, did not understand that in essence they were the ones who ‘annihilated’ God, since with their fight against science they proved that they believed in a pseudo-God who ran the risk of being proven non-existent by the progress of science.
The fight against religion, however, as far as the creation of the world and man is concerned, has been and is still based upon an erroneous attitude towards the Holy Bible. People forget that the Holy Bible is not a scientific but a religious book.

WHAT WAS THE BOOK OF “GENESIS” WRITTEN FOR?

Moses, who is believed to have written the book of “Genesis”, had three goals in mind to achieve:

1. His first goal was to help man – and he did, indeed – comprehend that the sun, the moon, the stars and the various natural phenomena, are not gods – as people used to believe up to then – but creations of somebody who is called God. Thus, man was able either to try and deal with these, or use them for his own benefit.

2. Second, he wanted to cultivate humbleness to man and the need for collaboration with both his fellowman and the natural environment, since, as he stressed out, everything in the world – including man – are God’s creations.

3. And last, his aim was to clarify that the existence of evil in the world was not the result of certain evil Gods, but of man’s free will, because god created the world with love and goodness.

UNANSWERED QUESTIONS DUE TO THE LIMITS OF HUMAN BRAIN
Therefore, under no circumstances should the devoted Christian be afraid of the progress of science concerning the explanation of the phenomena of the microcosm (molecules, atoms etc.) or of the macrocosm (stars, galaxies etc.). Besides, due to the finite human brain there will always be limits and mysteries that humans will be called to exceed. And we believe that human beauty lies in that; in continuous search.
It’s also worth noticing that, as we, devoted Christians, reach a point where we cannot explain even what we call God, scientists alike, reach a point in their research where they have to accept that “that’s the way things are”, and soon get to explain what happens after that point. To make this point clear, let’s take the theory of “The Big Explosion” as an example. In general, this theory supports the view that the enormous universe we live in was – even before the existence of Space and Time – so condensed and small as the head of pin. And suddenly, under the correct circumstances, there was a scary explosion which released enormous quantities of energy, which after various processes lasting for billions of years gave the universe its current form.

For the various questions this theory brings about, such as:

1. where did this hyper-condensed universe come from,

2. where was it, since there was no Space,

3. why did the explosion happened on moment X and not some other time, although there was no Time, and many other similar questions, Scientists do not have any answers. However, they take all the above as given facts and proceed to explain – and that’s their job to do – what happened beyond that.

The only thing we as Christians can do is let them do their job, repeating the psalmist’s words:

"How great are your works, O Lord! All of them in wisdom you have made"