HERESIES IN THE AGE OF THE APOSTLES 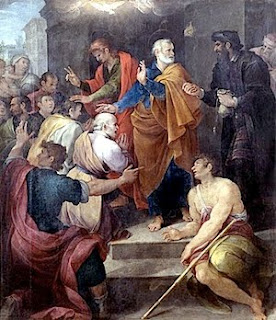 Most people believe that heresies are a modern phenomenon that shows lack of faith in our times. Most of them will be surprised to find out that heresies not only have been with us for thousands of years now, but they are also as old as Christianity itself. In addition, some of them are reported in the books of the New Testament, too. Therefore, we have decided to dedicate an article to the heresies or sects that existed in the Age of the Apostles...

THE SECT OF SIMON MAGUS

Our report of the sects in the Age of the Apostles begins with the sect of Simon Magus or Simon the Sorcerer or Simon of Gitta, who is considered to be the source of all heresies. He came from the town of Gitta of Samaria and with his magic tricks he had impressed his compatriots to such a degree that they considered him the “Great Power of God”. It is speculated that he wrote a book entitled “Apophasis Megale” or “Great Declaration” that contained his teaching, but it has been lost to us.

We encounter Simon the Sorcerer in the book of the New Testament, Acts of Apostles, chapter 8, verses 8 - 25, and he is the person who, impressed by the marvels of Philip the Evangelist, asked to be converted to a Christian. He was baptized indeed so as to be able to carry out similar marvels as well. Thereafter, when he saw the Apostles Peter and John conveying the Holy Spirit to people just by laying their hands on people’s heads, he offered money to the Apostles in exchange for this miraculous ability. This led to the word ‘simony’ which today means paying the clergy for position and influence in the church.

Due to the fact that Peter disapproved of him he resorted to Rome where he acquired a lot of followers, because while he claimed to support Christianity, he, in essence, supported a (proto-) Gnostic teaching system. He proclaimed he was the Father, who came down to Earth to liberate the Ennoia (the creative power of the Father) which had been imprisoned in a human body. And he, in fact, found and liberated Ennoia, in the body of a female prostitute from the Phoenician city of Tyre, Helena.

His followers, most of whom were found in Samaria, worshipped and venerated him as their God, kneeling down before images representing Helena and himself, offering sacrifices and libations. They also had secret rites with unspeakable practices, which, as Eusebius of Caesarea (around 320 A .D.) delivers, cannot be related by any prudent and rational person because they are full of obscenity and filthiness. Gradually, his sect was extinct, and many of his followers were absorbed in other Gnostic movements of that era.

THE SECT OF MENANDER

Menander was the main successor of Simon Magus. He was a Samaritan, too and he came from the town of Capparatea. His teaching was a mixture of Gnosticism dressed in a Christian cloak.

For those who are not aware of Gnosticism we have to explain that it was a philosophical-theological movement, against which Christianity fought hard during the first three centuries, until it prevailed. Gnosticism preceded Christianity and had been influenced by Platonism, the Eastern Religions of Zoroastrianism, Parsism, etc., as well as by the Egyptian mysteries. When Christianity appeared Gnosticism took elements from Christianity, too; that’s why it turned out to be dangerous for the Church.

They accepted two worlds, one superior unconceivable world, where real God with the pure spirits existed, and another inferior world, the material one, in which people’s souls were imprisoned. Between these two worlds there existed the angels and some other superior beings called “aions”. Menander therefore proclaimed he was a saviour sent forth from the invisible “aions”. He also claimed that it was impossible for anyone to triumph over the malicious angels-creators, if he hadn’t first passed from the magic experience, the occult and the baptism, both of which he was the only one entitled to give.

Perverting Christian doctrines about life after death and about the resurrection of dead people, he claimed that those who would follow him would never die and would remain young and immortal for ever.
Remnants of his followers were rescued until the age of Justin Martyr (around 160 A .D.).

Their name emanates from the Hebrew word ‘evyonim’ which means ‘the Poor Ones’. They are likely to have been named so, due to the fact that they led an ascetic life full of religious poverty.
They belong to the heresies of Judaism. These heresies wished to present Christianity as an improved version of Judaism and not as a separate religion applying to all humanity.

The Ebionites were distinguished into two groups. The first group regarded Christ as a simple person – who had been the offspring of the carnal intercourse of Virgin Mary with a man – and who was vindicated by God, because of his moral prosperity. They believed that faith in Christ alone was not enough to save somebody, but the Mosaic Law was essential, too.

The second group accepted the birth of Christ from Virgin Mary and the Holy Spirit, yet, they rejected his divine hypostasis. Alike the first group, they zealously followed the Mosaic Law. They also taught, that all Apostle Paul’s epistles should be rejected, because they considered him an apostate towards the Law. They only used the so-called “Hebrew Gospel”, giving minimal significance to the four regular Gospels. They followed all the Jewish religious law and rites, yet, they celebrated Sunday as the day of Christ’s resurrection.

Cerinthus was the head of another sect in the Age of the Apostles. He was the initiator of Millennialism, that is to say Christ’s earthly kingdom for a thousand years. He supported, that everything he taught had been known to him from revelations that had supposedly been written by some important apostle, whom he never named, though; he also, claimed that many of his teaching had been revealed to him by some angel.

So, he said that the one-thousand-year kingdom of Christ will be on earth and carnal (Jehovah’s Witnesses imitate him in that). During these years, everyone will be able to enjoy foods, drinks, carnal intercourse and feasts.

Irenaeus, bishop of Lyon (around 200 A .D.), delivers to us the testimony of Polycarp, bishop of Smyrna (around 110 A .D.), according to which when John the Evangelist went to a public bath once, in order to get washed, he was informed that Cerinthus was in the same place; he left as soon as he found that out saying to his escort: “Let’s leave before the bath falls, since Cerinthus, the enemy of truth is in it.”

THE SECT OF THE NICOLAITANS

The sect of the Nicolaitans is the one that is cited in the book of Revelation chapter 2, verses 6 and 15. It is another Gnostic sect with elements of paganism. What however distinguished it from the other sects was mainly the unrestrained indulgence of its followers. They took their name from Nicolas, one of the seven deacons that had been elected by the first Christian community of Jerusalem for the service of the poor, a fact that is reported in the book “Acts of the Apostles”, chapter 6, verse 5.

The free prostitution of the Nicolaitans and their debauchery, are attributed to an episode that happened to Deacon Nicolas. Nicolas was reprimanded for jealousy by the Apostles because he had a pretty wife. Then Nicolas brought her in the middle of an assembly and allowed anyone from the assembly to have a carnal intercourse with her. He did this to be in line with the maxim that says “Overcome your flesh”. The word ‘overcome’, however, can have different connotations according to the context. It could mean overuse something that troubles you in order to get used to it, and it could also mean ignore it so that it won’t trouble you any more. Hence, in the above maxim, one might say that we should overcome the flesh by using, overusing and even abusing it, while another would say that we should ignore flesh and its lusts. The Nicolaitans therefore accepted the first interpretation of the maxim and they delivered extreme debauchery.

It’s worth saying though, that according to the legacy saved to us Deacon Nicolas made the above action, exactly for the opposite reason, in order to show that he despised and totally ignored the flesh and the sexual pleasure, and he did this in order to serve Lord rightly. In fact, he never had an affair with another woman apart from his legal spouse; as for his children, his daughters aged virgin and his son also remained pure and intact.