Plenty laughing from the “Watchtower”.org 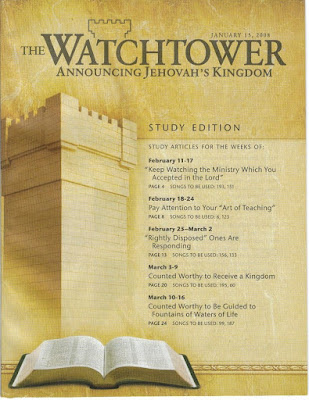 1. Jesus Christ is Governmental representative of his Father!
5 Before coming to earth Jesus was called the Word of God. This title shows that he served in heaven as the one who spoke for God.
Book of the “Watchtower”.org “Live forever” p. 58

2. Jesus Christ is a Businessman!
How Jesus comes to the rescue of Adam’s descendants can be compared to a wealthy benefactor who pays off a company’s debt (incurred by a dishonest manager) and reopens the factory, thus benefiting its many employees.—The Watchtower, February 15, 1991, page 13.
The “Watchtower”, September 1, 2002, p. 23

ASSEMBLIES OF SPIRIT PERSONS IN HEAVEN
13 Assemblies of those “sons of God” take place from time to time and the Most High God presides over them. He has revealed that fact to us in his written Word. The earliest reports that we find of such heavenly assemblies are recorded in the first two chapters of Job.
Book of the “Watchtower”.org “Holy Spirit”, p. 22

4. The word is sexually perverted!
And the more tens of thousands there are who come into the Society from this sexually disturbed world year after year, the more the Society as a whole is subjected to an immoral pressure, because of the immoral leanings of a growing number of incomers.
The “Watchtower”, November 15, 1964, p. 690

5. Jehovah’s Witnesses should not speak too much because they waste energy!
Since your strength is limited, you want to be careful not to waste it by overindulgence in food or drink, in keeping late hours or by undue excitement. You can even waste a lot of nervous energy by talking too much, even though the muscles of the tongue may never tire!
The “Watchtower”, September 1, 1965, p. 524

6. The bionic grand mother!
THOUSANDS of Christians were flocking from all over England to attend the “Everlasting Good News” Assembly of Jehovah’s Witnesses in London. This promised to be a grand spiritual feast that would help Christians mold their lives in harmony with God’s Word, and many were determined to be there. But a problem faced eighty-year-old Mrs. Halsey when she missed the bus that had been arranged to carry her congregation from Great Yarmouth 140 miles to the assembly. What would she do? With firm determination she set out to cycle those 140 miles, and actually covered eighty miles before a bus from another congregation stopped and gave her a ride! With this type of determination marvelous things can be accomplished.
The “Watchtower”, November 1, 1964, p. 643

Comment: Think you have Mrs. Halsey mother – in – law!

7. Virgin Mary of Tinos is superior from Virgin Mary of Soumela!
For example, a certain icon representing Mary at Tínos, Greece, has its own devout Orthodox following, as opposed to the equally faithful devotees of an icon representing Mary in Soumela, northern Greece. Both groups believe that their own icon is superior, performing more impressive miracles than the other one, even though both represent the same long-deceased individual.
The “Watchtower”, July 1, 2002, p. 8

Comment: I prepare a team for Virgin Mary of Prousos!

NOTE of Christos Pal, owner of watchtower-stop.blogspot.com: All that write the “Watchtower”.org about the icons of  Virgin Mary at Tinos and Soumela are absolutely lies and fooleries. It does not happen such something in Greece.

Comment: One still “successful” prophecy of the “Watchtower”.org. The Communism indeed was destroyed by the Jesus Christ!

9. The god as chairman of big company, because pressure of work, assigns also in other his responsibilities!
The chief executive of a large corporation has many responsibilities. He decides which matters he will handle personally and which he will delegate to others. Similarly, the Sovereign Ruler of the universe has the option to determine which matters he will involve himself in and which he will delegate.
The “Watchtower”, December 15, 2002, p. 16

Comment: Only that it remains now is, it makes the God of stockbroker by “Watchtower”.org.
Αναρτήθηκε από ΧΡΗΣΤΟΣ στις 9:30 μ.μ.