THE “APOCALYPSE” (REVELATION) OF JOHN: THE MOST CONTROVERSIAL BOOK OF NEW TESTAMENT 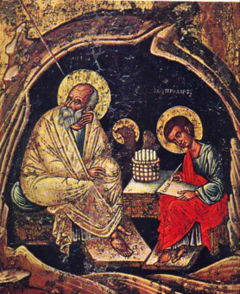 The book of “Apocalypse of John” is the last book of the New Testament canon. It belongs to the Jewish and Christian apocalyptic secretariat a literary genre that emerged in the Second Century BC until the second century AD and contains the hidden revelations secretly in holy persons by God and refers to the end of time. Thus we have the Apocalypse (Revelation) of Enoch, of Baruch, the Ascension of Moses, etc...