THE JUDGEMENT OF NON – CHRISTIANS AFTER DEATH 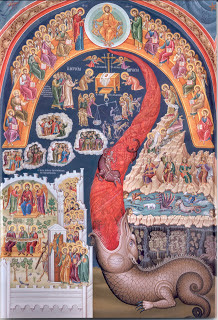 One of the most frequently-asked questions devoted Christians address to us is that concerning the Judgement of non-Christians after death. In other words, they ask us if it is possible for non-Christians to be saved or if it is only the Christians who are finally saved.
For this reason, we’ll try to give some “clues” as answers to that question, always based on the texts of the Holy Bible. And we say “clues” because our human weakness and insignificance do not allow us to interpret God’s will. Because He is the one who is in charge of judging all of us and He has his own criteria which are far from the human criteria...

First and foremost, we should remind to all of you that our Christ revealed His Father as the Father of all people. Since God is our Father then, his interest is in saving all His children, Christians and non-Christians. And this is made explicit in several texts in both the Old and the New Testament.

GOD’S INTEREST EVEN FOR THE SALVATION OF PAGANS

Thus, He does not hesitate to send Jonah the prophet to the pagans, residents of Nineveh (the capital of Assyria), with a view to convincing them to repent before they try His righteous wrath. But as we all know Jonah – resembling some of our contemporary Christians – imbued with nationalistic ideas about the uniqueness of the people of Israel as the selected people of God, denied this mission. Then God intervened to remind him that all peoples and every individual are His children, regardless of race, complexion and faith.
And several other times, through the mouths of the prophets that God sent to restore them to the road of God, He will remind them once again that being Israeli is not enough for their salvation. “I want your love and not sacrifices, I want you to recognise me as your God and not to offer me holocausts”, God shouts by the prophet Hosea.

WHO IS SAVED ACCORDING TO THE BAPTIST, TO CHRIST AND TO APOSTLE PAUL

As the Pharisees and Sadducees went to be baptised by John the Baptist, they heard him uttering the same words: “O generation of vipers, who hath warned you to flee from the wrath to come? Bring forth therefore fruits meet for repentance: And think not to say within yourselves, We have Abraham to our father: for I say unto you, that God is able of these stones to raise up children unto Abraham” Matthew 2: 7 -10.

And later on, Christ makes it clear that “Not every one that saith unto me, Lord, Lord, shall enter into the kingdom of heaven; but he that doeth the will of my Father which is in heaven. Many will say to me in that day, Lord, Lord, have we not prophesied in thy name? and in thy name have cast out devils? and in thy name done many wonderful works? And then will I profess unto them, I never knew you: depart from me, ye that work iniquity” Matthew 7: 21 -23.

Apostle Paul is also enlightening in the question we’re discussing here. To resolve the question of Roman Christians about who is finally saved, he says word by word: “For there is no respect of persons with God. For as many as have sinned without law shall also perish without law: and as many as have sinned in the law shall be judged by the law; For not the hearers of the law are just before God, but the doers of the law shall be justified” Epistle of Paul to the Romans 2:11- 14.

GOD’S JUSTICE – HUMAN JUSTICE
Moreover, God’s justice differs by far from human justice. God has His own criteria to judge, which man is incapable of knowing and applying due to the finite human nature. A lot of people believe that God’s justice will be similar to the juridical aspect of justice prevailing the Western World, the product of the Roman Law, which is based on the triptych, offence – punishment – retaliation. However, the Apostles of our Church and the wise old men of our desert acknowledge God’s justice from a different benevolent aspect, because as John the Evangelist says, ‘God is Love.’
On the other hand, we should also keep in mind that God finds innumerable ways to become recognised by individuals, regardless of faith, ways which our finite human brain cannot perceive. And we should take into consideration the fact that man has always been seeking true God, either within Christianity or outside it. No wonder why many times, we are astonished when we discover individuals not beleiving in Christianity who have a crystal clear view about God and His surrounding, and we find ourselves unable to give a reasonable explanation.

THE GENUINE LOVE FOR GOD FROM A MUSLIM ASCETIC
Thus, we think that the words of Rabia al Adawiyya (801 A.D), a Muslim ascetic from Mesopotamia (current Iraq), constitute the best conclusion for this article because she had such a clear view about God and His love that leaves you literally speechless. The woman in question was wandering around the streets of Bagdad holding a bucket of water in one hand and a lighted torch in the other. When people asked her why she was carrying those two things she answered, ‘I want to put out the fire of Hell and burn down Paradise with the fire of the torch, so that people love God for Himself, neither for fear of the fire, nor for the goods of Paradise.’ (In the street of torrent – Christ in the literary culture of Islam, Greek Edition)