THE “AGRAFA” (UNWRITTEN WORDS) OF CHRIST 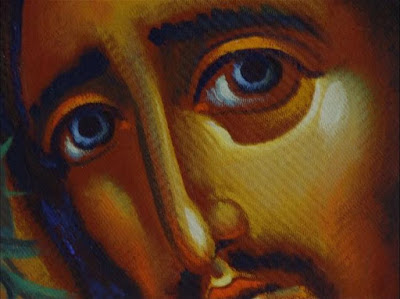 with the Greek word “Agrafa” (Unwritten words) are invited internationally the words attributed to Jesus – i.e. that they had been said from him – by some writers of the first centuries of Christianity, but which are not included in the four gospels.
The scientific research on the existence of the “unwritten” those words was based on the testimony of an epilogue of the Gospel of John, according to which «There are many others that Jesus did, which if you write each one , I think that neither this world would not fit the books that would be written. Amen» John 21:25...


The historical-philological criticism of the New Testament showed particular interest and scientific sensitivity in this search of the “grounds” of Christ, to be able to identify with clarity and precision the primary forms of his words, which are of great importance for the restoration of original core of the preaching of Christ. “Agrafa” (Unwritten words) were rescued in many sources of the initial Christianity, but in the most of them the genuineness and authenticity disputed, because many of them were created in order to serve miscellaneous purposes in the communities of Gnosticism.
Thus, the German researcher A. Resch in his work «Agrapha», adopted in 1906, was the first who he recorded around 291 unwritten “words”, of which 194 came from the ecclesiastical Secretariat and 97 from apocryphal projects of cognitive origin. But the authenticity of these “grounds” was considered doubtful. Resch had accepted as authentic only 36 of them, while J. Jeremias in his work "Unbekannte Jesusworte", published 1948-51 had accepted only 11, J. Ropes in "Die Spruche Jesus", version 1896, has accepted only 10 and other researchers they accepted much less.
The “Agrafa” (Unwritten words) of Christ are rescued in the New Testament, i.e. in books, except of the gospels or in the margins of some ancient codes of the gospels - which later they have entered in the text, inadvertently or intentionally, of the copyists - in the ecclesiastical writers of the first centuries (Justin, Clement of Alexandria, Origen, Irenaeus, Tertullian, etc.), in various relevant papyri as the Oxyrhynchus, Egkerton, Fayum etc., in the apocryphal books mainly cognitive origin or the liturgical books of the Church. Also they survived and in the Jewish Talmud and in Muslim texts, even in the Qur'an such as in verse 117, from Surah (Chapter) 5, which we mention immediately:

"I never said them anything more than you ordered me to say:
"To adore Allah, my Lord
and your Lord ",
and I was witness for them, as long as I was near them.
But when I filled my stay in life, then You was anymore their Guardian and You're the Eyewitness to all things.
5:117

Let us now look at some from the "Agrafa" (Unwritten) words of Christ:
In Acts of the Apostles 20:35, Paul during his farewell speech to the elders of the says: “Remember the words of the Lord, which he himself said: «It is happier to give someone than to receive».” The code of Veza (D) in Luke 6:4 also rescues the words: «On the same day, when he saw someone working at Saturday, said unto him: “man, if you know what you're doing, you are makarios. If you do not know, you're cursed and law offender”».
Hippolytus of Rome rescues the following words: “Staying surprised Judas of what was said, he said. - And who he will see this? And the Lord said: - They will see these, those who they will become worthy.” In Daniel 4:60
Similarly and Didymus of Alexandria or Blind rescues another words of the Lord: “This is why the Savior said. He who is near me is near the fire. And he who is far from me is far from the kingdom.” In Psalm 88:8. This words rescues and Origen, in Jeremiah 20:3, and the Gnostic according to Thomas Gospel.
In the sequence of Euchelaion, in the wish after the second Evangelical reading is delivered the following phrase of Jesus: “You're the one who said. No matter how many times you fall, get up and you will be saved.” It seems that the author of the wish cites «unwritten» literati, who were known to him by tradition.
Generally, as to the value of the unwritten “literati”, we observe the following:
Ι. Many of these are enlargements or variants known to us - from the Gospel - literati of Jesus.
ΙΙ. Large number of them come from apocryphal texts and is therefore subject to the suspicion that it is counterfeit.
ΙΙΙ. Sometimes, from a fault of memory, various biblical or extra-biblical verses are attributed to Jesus.
IV. Other than these are creatures of the imagination of some pious believers, which have been put in the mouth of Jesus.
V. These words they do not add anything new in the known - from the canonical Gospels - teaching of Jesus.
But nevertheless the importance of the unwritten “literati” are manifold, because the authentic they facilitate the restoration criticism of the relevant elements of the preaching of Jesus Christ, while the illegitimate offer testimonials of enormous importance for the tradition of the primitive Church, together with various cognitive systems, which were connected with the practice of inspiration and the addition of unwritten “literati” to cover the relevant needs of their communities. If any possible authentic “literati” have a particular value for the criticism of the Bible, the illegitimate have greater value for the fuller understanding of the life of the primordial Church and of the traditions of different cognitive systems.