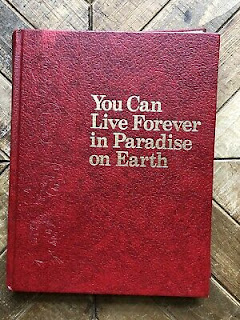 The term “apophatism” was introduced quite early in Christianity in an attempt to protect the divinity of God from heathen and anthropocentric perceptions. The first genes of apophatism can be detected in the New Testament. Apostle Paul, first of all, writes in his epistle to Romans referring to God’s justice towards irreverent people: “But if our unrighteousness commend the righteousness of God, what shall we say? Is God unrighteous who taketh vengeance? (I speak as a man)” Epistle to the Romans, 3:5 …

Apophatism derives from the Greek verb ‘apophasko’, which in Greek means ‘refuse’. Whenever the term refers to God it uses simultaneously both positive and negative categories of words, for instance “hyper hypostasis”, “anonymous name” etc. This way Christianity wants to show that God is an existence, beyond and above creation and beings, and He cannot be identified or compared with any of them. Thus, God’s hypostasis remains unknown for the finite human brain. Ecclesiastical Father John of Damascus (7th - 8th century A.D.) beautifully writes: “God is unknown and incomprehensible, and the only comprehensible thing is this inability to know Him and this incomprehension of His”.
Nevertheless, it should not be concluded that for apophatism God is an impersonal hypostasis with which humans cannot communicate. On the contrary, as St Gregory Palamas (1296 - 1359 archbishop of Thessalonica) stresses, God might be inaccessible as far as His hypostasis is concerned, but He communicates with man and creation via his unfinished actions. And not only does He communicate with man, but He also calls him to participate “body and soul” in these actions.

Something that man can achieve through the complete defeat of senses, through the total concentration of mind with the repetition of the short well-known prayer “Have mercy on me, oh! Lord, son of God” and other practical actions. Only when man is purified can he enjoy the view of God – although it still remains vague - and His immense love. But beware! According to the Orthodox secret theology all these are not man’s achievements but God’s gifts.

Contrary to the Orthodox theology, the Community of Jehovah’s Witnesses “Watchtower” deals with the spiritual things in a very materialistic way. Neither God escapes such treatment.
Based on the 1st epistle of Apostle Paul to Corinthians, chapter 15, verse 44, which talks about the resurrection of the human body in an incorruptible and immortal situation during the Last Judgement (cf. verses 35-54 to prove it), the Community supports that God has a body and brain! which are spiritual. And since He has a body it says, He must be living somewhere!! And as it is written in their book “You can live Forever in Paradise on Earth”,  page 36, they consider heaven as His place of residence.

6. Why can we be sure that God is a real person?

6 While most people say they believe in God, many do not think of him as a real person. Is he? Well, it can be seen that where there is intelligence there is a mind. For example, we may say, ‘I cannot make up my mind.’ And we know that where there is a mind there is a brain in a body of a definite shape. So, then, the great mind responsible for all creation belongs to the great Person, Almighty God. Although he does not have a material body, he has a spiritual one. A spirit person has a body? Yes, the Bible says: “If there is a physical body, there is also a spiritual one.”—1 Corinthians 15:44; John 4:24.

7 Since God is a person with a spiritual body, he must have a place to live. The Bible tells us that the heavens are God’s “established place of dwelling.” (1 Kings 8:43).

Book of JW’s “You can live Forever in Paradise on Earth”, page 36

Of course, as we know from the natural sciences the sky does not exist. What we see as the sky is simply a hallucination which is created by the solar light, which passing through the atmospheric air diffuses, in other words scatters colour blue more than the other colours.
Moreover, in the Holy Bible, the word heaven has a lot of meanings. In some cases it entails the magnificence of God, in other cases it is used with the meaning of the firmament reflecting the perceptions of people of that era about the world and the universe, and in other cases it is used in plural to refer to the angels.
Yet, if we want to follow the train of thought of the Community of Jehovah’s Witnesses “Watchtower”, that the sky is litterally God’s residence, then, should we suppose that God, before He created the sky, as is written in the book of Genesis of the Holy Bible, chapter 1, verse 1, was … HOMELESS?

THE RESIDENCE OF DEMONS!

And after God’s residence was resolved, the Community of Jehovah’s Witnesses got down to work, this time to discover the residence of demons! And what a triumph! Not only did they find it but they also discovered their base out of which they rush against people. And this base, according to the official publication of the “Watchtower” of the 1st November 1967, page 648, is not very far away. It is in the vicinity of the Earth, near us that is to say, on the moon, on Mars, on Venus, on a meteorite perhaps. That’s why they can reach us so easily. It only takes them a leap, and here the devils are beautiful and good, ready to induce us to sin! What the “Watchtower” has yet to explain, is how the astronauts have managed to escape those devils. How come no astronaut has been kept in captivity since the 60s, every time they have been visiting the moon uninvited? Hey mister! Where do you think you’re going? You’re invading someone’s house, without even asking first if you are welcome, you don’t even knock at the door.

OTHER VISITATIONS FROM SPACE

When the Deluge came, these superior creatures were able to escape by again taking on spirit form. Although restrained by God since then from materializing as humans, these lawless spirit persons are working from their base in the invisible realm in the vicinity of the earth to bring the human family to ruin …

After his death and resurrection, Jesus sent to earth an angelic messenger who revealed the war action by which Satan the Devil “was hurled down to the earth, and his angels were hurled down with him.” These wicked creatures in invisible space are now confined to the vicinity of the earth, and they have ‘great anger because they know that they have but a short period of time’ before they are abyssed.​—Rev. 1:1; 12:9-12; 20:1-3.

GROTESQUENESS AND RIDICULE IN THE ABSENCE OF GOD’S SPIRIT

Unfortunately, this is what happens to anyone who doesn’t have God’s spirit. He becomes the laughing stock, as he resorts to grotesque and ridiculous explanations. Demons are spiritual beings and as such, they do not need either a place of residence or any other type of material needs. Moreover, they are not sucject to the restrictions of time and space which determine the life we live. That is to say, an angel or a demon do not need to take planes or any other means of transport to move from one place to the other either here on Earth or in the universe. Meanwhile, if the “Wathctower” had read a few lines from the Holy Bible, it wouldn’t say such ridiculous things.
In the marvel that Evangelist Mark (cf. at Mark Gospel 5:1-13) narrates which Christ did in the country of Gadarenes, when He cured a person who had been possessed with demons, he notes that a legion of demons had entered into the possessed person! – a legion is a military department of the Roman army, consisted of 6000 men. And later on, on verse 13 he says, that Christ, after demons had requested it, allowed them to enter into a herd of swine that grazed around there which consisted of 2000 animals. That’s why we stressed earlier that the paramenters underlying human life are not in effect for the spiritual beings, but, who is able to hear all these we have to tell them? The “Watchtower” or the miserable flock of people that follow it, most of whom are totally illiterate, unable to read and write, yet, filled with demonaical arrogance, and ready in no time to deliver a lesson about God and the Writ, since as they say, they know all these things like the back of their hand.