DIFFERENCE IN LITURGY BETWEEN THE PENTECOSTALS AND THE ORTHODOX 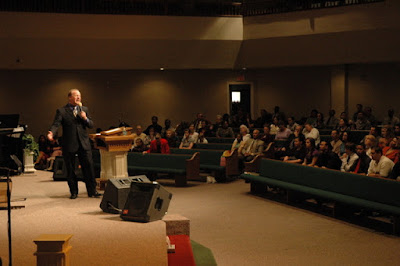 In the following article, you will see the “Differences between Pentecostals of FACP (Free Apostolic Church of Pentecost)” starting from the description of the space where they collected, how it is done the “function'” and how operate the “gifts'” - these terms used abusively, since none of them reflects the reality - and the Operation of Orthodoxy, to appreciate more the immense spiritual riches of orthodoxy, sometimes do not have comprehend those without left the Father's house and does not wandered in heresies eating carob... 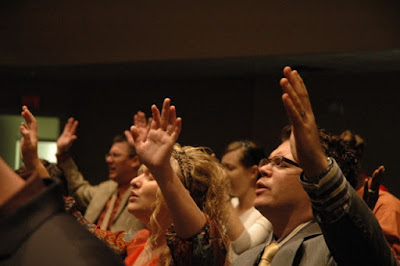 Pentecostals in a state of ecstasy 'speaking in tongues'

Personally I heard repeatedly people "speaking in tongues'' having many years at Pentecost, but after prayer not want to be spoken between them. The theme of the article is simply a description of what happens. Anyone who wants to see more can be seen in the following articles; (a) The distortions of the Pentecostal prophecy of Joel, Undo heretical text (b) Undo heretical text (c), and the series of excerpts from the book by Fr Seraphim Rose: The Orthodoxy and the Religion of the Future.
The supposed "speaking in tongues'' to make it (informal) more spiritual than your brother who still is not claimed by this “gift”. Instead to fill with humility, you fill with pride. You think you have get into the realm of the invisible spiritual world of God. Certainly not saying it with the lips, but pride is ready to manifest itself in every detail. Another point I would like to focus on is the big messiness that is created because of “speaking in tongues”. Especially when there are many people that come into a trance, they start voices and incomprehensible with the prompts of the "responsible'' and this becomes even cause of scandalization for some (mostly neo-catechism). Even fear. Once, I saw some new, who upon hearing speaking in tongues, opened the door and fled from the aggregation! Nothing to do with series and the order that exists in the Orthodox church. A wild enthusiasm many times is “baptized” “spiritual revival”, which after some time vanishes and the faithful re-immersed in the problems of everyday life.  Many times, the "speaking in tongues'' causes that the other can not pray, but he who is "speaking in tongues'' can not be built internally as reported by the Apostle Paul in his A’ Epistle to Corinthians. Neither themselves they are not able to provide a complete interpretation of what they feel precisely in the "speaking in tongues''. No genuine according to God experience. The best of case, are deceiving themselves. At worst, are deceived by the enemy of the soul. The best interpretation in chapters 12, 13, 14 from the First Letter to the Corinthians and response to false- experiences of Pentecostals, is the tradition that gave us the great monks and ascetics and saints of the church. Precious heritage on the distinction missing from Pentecostals.
Approximately the same happen with the prophecies. There, whoever has the gift after filled "with the Holy Spirit'' and reach full ecstasy, gets up and speaks in God's name, mentioning a message from God, which is usually general and vague and that impresses the gullible who believe. Whenever they attempted to prophesy specifically, dropped out. Therapies that never came, blessings and promises that were never realized, and became cause some later to turn their backs not only on Pentecost and God yet. Indication that the evil spirit acting and here. Nothing to do with the charismatic Elders us who with humility and in any spiritual gift became cause to turn deceived many people to the Savior Christ. The funny thing is that sometime I asked two “seniors” about how it works the gift, but I received completely different answers, proof that everyone gives the interpretation as he perceives (trust in his calculus, namely while they not have passed through the stage of purification).
More generally, lacks class in Pentecostal gatherings. Missing God. God is a God of order, says the Apostle Paul. The prophecies, both those that were made personally and individually and those concerned all Pentecostals never were fulfilled. The souls there inconvenienced more than cured. Scandalized despite are built. Others listen and watch others. Away from the true grace of Christ, far from the holy and modest mysteries of the church, outside the church who left the Lord. A cheap imitation of the secret tradition of the saints of the church, a fake and a human creation with arbitrary interpretations of Scripture and inexperience on the spiritual.
I would like to finish with some words of St. John of the Ladder, and of St. Isaac the Syrian ...
“There are some unclean demons that someone just started studying the Bible they reveal its interpretation. This particularly loves to make in hearts of snobby people's and even educated with the worldly education. And they aim to throw them into heresies and blasphemous ideas deceiving them slowly. We do perceive well this demonic theology or better vattologie from the scrimmage, the messy and naughty pleasure that is creating in the soul at the time of explanation”. (Reason Twenty – sixth. About Discrimination of distinguishable, Scale).
“We, holy brother, let's work with our heart the works of repentance and pure state, which pleases God, then, the gifts of the Lord, such as health, apathy, theory, come on their own, without to ask if our heart naturally become pure and undefiled. Yet the high gifts of God we ask not and wait when they come, because the Church of God does not approve something like that. And those who received gifts in such way they acquired pride and they are forfeited from the grace of God. To behave one in such a way is not a sign that he loves God, but is sickness soul. And how can we ask the high gifts of God at a time when the divine apostle Paul brags about his sorrows, and considers his society in the Christ's sufferings that are great gifts of God?” (Ascetics, Isaac the Syrian).

FOOTNOTES
[1] Tithing: As the Jews being forced to give a portion of their production (mainly cereals) for the maintenance of the priests of the Temple, many Pentecostal Movements has enacted something similar, i.e. their followers give part of their incomes.
[2] Shamanism: It’s a complicated cultic and magical - religious phenomenon that is shaped around the technique of ecstasy. Derived from the word shaman who is the priest or the magician-doctor. Were developed mainly in primitive peoples of Oceania, North and South America, Siberia, Indonesia, etc.
[3]  bless by placing the hands on the head of the faithful (for priest)